Responding to the suffering of others

Because Ammon rejoiced in the plight of the people of Judah, they too will suffer. because they said ‘Aha!’. Because they clapped their hands and stamped their feet in joy. Now Ammon will be plundered, wiped out, exterminated.

Then you will know that I am the Lord.

Because Moab commented that Judah had become like every other nation, Moab will be given to the people of the East. And punished.

Because Edom took revenge on Judah, both man and beast will be destroyed.

they will know my vengeance, declares the Sovereign Lord.

Because Philistia acted with vengeance against Judah, they will be wiped out.

Because Tyre took pleasure in observing the destruction of Jerusalem, Tyre will become plunder for the nations. And never be rebuilt. And lamented by many. A magnificent trading centre silenced for ever.

And as for the King of Tyre who was so proud he acted as if he were a god and forgot he was a mere mortal…who used his wisdom to amass wealth and then grew proud because of that wealth…he will be brought down; he will die a violent death; his wealth will not be able to save him. He who had been perfect – full of wisdom and beauty – blameless until wickedness found him and pride overtook him.

Because Sidon was a malicious neighbour to the people of Israel, punishment and plague will be inflicted on them.

Then you will know that I am the Lord.

Because Egypt did not support God’s people when they turned to them for help, Egypt will become a desolate wasteland. Egypt will be given to Nebuchadnezzar king of Babylon as a reward. When Egypt regathers and rebuilds, it will never be a strong nation again. No longer a source of confidence.

All of these horrific punishments have been dealt out in response to the reactions of the surrounding nations to the suffering of God’s people.

God’s people had always been set apart. Different. Living by different rules to everyone else. Claiming to be chosen by the one true God. And for a while, things had gone their way. Their God provided for them and protected them. There must have been a level of jealousy and curiosity from the surrounding nations.

And so when things started to go wrong for the people of this God, the surrounding nations took pleasure in that. This they could understand. They enjoyed seeing Jerusalem suffer. They liked seeing God’s people brought down to the same level as everyone else. They watched on, not offering any support and help. They wanted to see what this God would do now. When the people of God did reach out to Egypt, Egypt offered limited support. Other nations were not prepared to share what was theirs, what they had spent so long building up for themselves, what they had worked so hard to achieve. Why should they help these people anyway? They owed them nothing.

And now they would face the consequences. 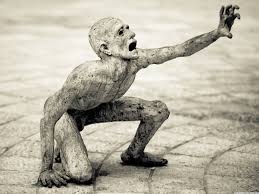 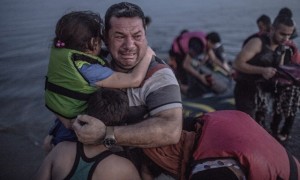 How do we respond to the suffering of those around us?

It matters. We will be accountable for how we respond. For what we do and what we do not do. For our secret thoughts and feelings.

For when others suffer, that is the moment when we can show God’s love in action. God’s mercy, God’s forgiveness, God’s grace. Whether someone deserves it or not. However we feel about them. However different they are to us.

Our response makes all the difference.