A Chosen Nation for all time?

Today’s passage reaffirms the chosen nature of the Hebrews.

For you are a people holy to the Lord your God. The Lord your God has chosen you out of all the peoples on the face of the earth to be his people, his treasured possession. Deuteronomy 7:6

As we will see when we get to Song of Songs and the Psalms, there is quite a love story between God and the Hebrew people. And like all relationships, they keep having setbacks, but God remains firm in his commitment and his love for them. 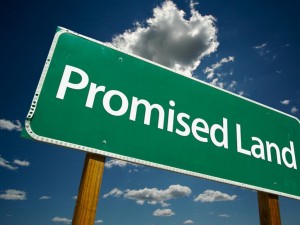 However, I have always felt uncomfortable with this whole Chosen Nation concept. Surely God wants everyone to be equal and chosen in his eyes? Surely everyone can have a relationship with God rather than just one Chosen Nation? This problem with the Chosen Nation theology makes reading much of the Old Testament difficult as this theology is at the very heart of the journey from Abraham to Jesus.

It feels that many of the issues in the Middle East today seem linked to the Chosen Nation theology even now. Many evangelical Christians, especially in the US, are zealous in their unquestioning support for Israel because they are the Chosen Nation and the people of Israel being in back in the Promised Land is a key prophesy in the end times predictions that so many Christians seems wrapped up in.

But how can God love one nation over another?

Well I don’t think he does.

If we journey back a few months to early sections of Genesis we find the story of Abram who later became Abraham. The theology of the Chosen Nation is actually the theology of a chosen man and his family. Abraham was called by God to leave Ur and travel to Canaan. Once settled in Canaan, God gives him a promise that his descendants will be more numerous than the stars in the sky or grains of sand on the beach. His covenant is with Abraham. Of course, Abraham is bemused being an old man with no family and no prospect of getting a family. But God honours his promise and Isaac is born. As the generations pass – especially with people like Jacob having 12 sons – so the family grows until after 400 years in exile, they feel like a nation in their own right.

So the covenant with Abraham inevitably leads to a covenant with his descendants who grow from a family to a nation while in Egypt. And so we have the Chosen Nation being led out of Egypt and into the wilderness. But that is not the end of God’s plan. In Jesus, we have the new covenant (or the New Testament) –  a promise that takes the promise of salvation far beyond the Jews and out to all people, everywhere.

It is clear looking at the whole sweep of the Bible that the theology of a Chosen Nation was a step along the journey from Abraham to Jesus. It wasn’t the end point. It was one step along the way. God needed to start somewhere and he started with Abraham. The end point was where we are now. A time when all people everywhere can stand before God because of the new covenant made through Jesus.

So what was the role of the Chosen Nation? It was to be a light for the other nations. It was to be a proving ground for the Law and its implementation in the practical day to day running of the people’s lives. In Exodus we read:

Then they came to Elim, where there were twelve springs and seventy palm trees, and they camped there near the water. Exodus 15:12

Many have interpreted this as being about the role of the Hebrews in the world around them. The 12 wells represent the 12 tribes of Israel and the 70 palm trees represent the nations of the world. The Chosen People were being called to bring life to the nations through the water provided by God. Now that is an image of the Chosen People I can understand. They are called to become experts in God and to then share him with the world around them. Be living water for the world.

It is no coincidence that John tells the story of Jesus and Samaritan women. Jesus says to her:

“If you knew the gift of God and who it is that asks you for a drink, you would have asked him and he would have given you living water.” John 4:10

Jesus is a descendant of David and from one of the 12 tribes. He is offering living water at a well to a Samaritan – a nation hated by the Jews. The message is clear. Jesus is saying that he is here for all people and your nation no longer matters. This is the heart of the New Covenant – a relationship with God is open to all.

So I believe we need to read the stories of the Exodus in that context. It is a journey from a man to all people and the Chosen Nation is a step on that journey.

So what about us today? How is this relevant to us?

First, I think Christians are wrong in their unquestioning support of Israel. They may have been the Chosen People but that does not give them the right to take away the land and the pride of the people around them. If the calling to be a light for the world carries on, surely they should be living more holy lives. I tend to favour buying from Palestinians – especially the hard-pressed, Palestinian Christians – rather than buying from Israel. I refuse to buy anything that comes from factories or land was that was illegally occupied by Israel. Using our ethical purchasing power is key.

Second, on a more personal level, there is quite a challenge for the Chosen Nation. Jesus reminds us that to those who much is given, much is expected. When we have been blessed by God, we are expected to share that blessing with others. As Christians, we talk about being chosen by God. Now we are part of the chosen people, much is expected of us. We are called to be salt and light to the world around us. We are called to make a difference.

So my challenge for you today is – what difference does your faith make in your every day life? Are you light to the people around you? Do you use all that God has blessed you with to bring hope and help to those you meet on a daily basis? Everyone likes to be chosen, but being chosen is an active calling to be the good news for the people around you.