Hey, guess what? We come from the same roots.

Ishmael, known as Ismâ`îl in Arabic, is the figure known in Judaism, Christianity, and Islam as Abraham’s (Ibrâhîm) son, born to Hagar (Hājar). In Islam, Ishmael is regarded as a prophet (nabi) and an ancestor to Muhammad. He also became associated with Mecca and the construction of the Kaaba, as well as equated with the term “Arab” by some. Stories of Ishmael are not only found in Jewish and Christian texts, such as the Bible and rabbinic Midrash, but also Islamic sources. These sources include the Quran, Quranic commentary, hadith, historiographic collections like that of Muhammad ibn Jarir al-Tabari, and Isra’iliyat (Islamic texts about Biblical or ancient Israelite figures that originate from Jewish or Christian sources). Wikipedia

So when Abraham dies and

His sons Isaac and Ishmael buried him in the cave of Machpelah…..There Abraham was buried with his wife Sarah. Genesis 25:9,10

the two lads were burying their differences and working together. These two roots of the Jewish/Christian and Islamic traditions found a way to work together. Wouldn’t it be great to see more examples of that in the world around us today? 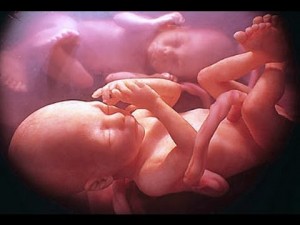 Moving on. Isaac and Rebekah tried for a baby and could not conceive. Isaac prayed to God and Rebekah became pregnant with twins. They writhed around and wrestled within her and she asked ‘Why is this happening to me?’ Esau was born first and was hairy and became a skilful hunter. Jacob was born second and his name literally means ‘he grasped the heel’ because that is literally what he did – or deceiver (sorry to all the Jakes and Jacobs our there!). Jacob was a great cook and his mother’s favourite. Isaac favoured the man’s man Isaac. Any of this sounding familiar at all? This could be the story of any family down the street today.

When they are a older, Esau famously gives away his birthright as the firstborn to his brother for a bowl of stew and some bread. I had a good think about this in my series ‘Addicted to the Drama’ and this is what I came up with.

Introduction: Teenagers are expert negotiators. They get a lot of practice. They use every bargaining tool in the book to get what they want when they want it. Like with most of us, patience is a virtue that most teenagers do not possess. When they want something, they want it now and sometimes they will do anything or promise anything to get what they want. Then add into the mix a little bit of sibling rivalry, sibling rivalry between twins at that – twins that have been fighting since the time they were in the womb together – and you have the text conversation that unfolds before our eyes now.

Write the awkward conversation between the two boys and their father on their 18th birthday.