From the last section of Isaiah 52 through to the end of Isaiah 53, we meet the suffering servant. This special individual who was a key part of this new story for the people of God. This was the first time they had heard of this suffering servant and all that we would endure for him. In contrast, this story is familiar to all of us living on the other side of the events surrounding the birth and death and resurrection of Jesus. So familiar that we are in danger of skim reading without taking it all in. 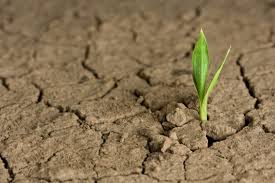 The servant grew up like a fresh, tender shoot of hope in a dry land. There was nothing particularly attractive about him. Nothing that would draw you to him. He seemed like a pretty ordinary guy.

No one valued what he was doing or saying. He was despised. He was rejected. He suffered  plenty of pain.

He was oppressed. Subjected to the worst imaginable treatment. He was afflicted. Distressed beyond measure. He was led like a lamb to the slaughter. Without making a sound. He did not speak. He did not answer back.

The servant’s appearance was so disfigured you couldn’t recognise him any more. His body so mutilated you could hardly recognise it as human. Many were appalled at what they were seeing.

People thought he was being punished by God. That he’d been struck down by God. They didn’t understand he was doing it for them. To deal with all that they had done wrong. To put the people right with God. To give them a way back.

How could God have allowed this to happen? How could this have been His way, His will? How could He sit by and watch His son suffer in this way?

This issue has become a stumbling block for many people. They can’t understand it. How is it any more than ‘divine child abuse’ of a father toward his son? Why would God choose this way as the only way to bring us back to Him? A way that entails His only son being tortured and put to death in this utterly barbaric fashion?

The fact is that the cross isn’t a form of cosmic child abuse—a vengeful Father, punishing his Son for an offence he has not even committed. Understandably, both people inside and outside of the Church have found this twisted version of events morally dubious and a huge barrier to faith. Deeper than that, however, is that such a concept stands in total contradiction to the statement: ‘God is love’. If the cross is a personal act of violence perpetrated by God towards humankind but borne by his Son, then it makes a mockery of Jesus’ own teaching to love your enemies and to refuse to repay evil with evil.

He wrestles openly and honestly with this whole issue – drawing a strong response and falling out of favour with many Christians, particularly in the UK, where his work is based.

I don’t have the perfect answer. Nor did Steve Chalke. Or any other human. Because we are human. And God is God. (It’s a bit like when kids can’t understand why we are saying what we are saying, why we are stopping them doing what they want to do, and we end up saying ‘Because I say so’. Just because…. They can’t see the bigger picture yet. They can’t understand our motives.)

This is where trust comes in. The trust that God knows what He is doing, even when it doesn’t look like it. The perfect trust that Jesus had to say ‘Not my will, but yours be done.’

Because this isn’t the end of the story. There is more to come… 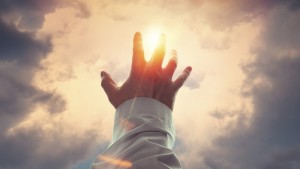 He will be rewarded for what has gone through.

He will be the way back to God.

There is a lot that we do not understand. Here is a well-known passage form Isaiah 53 that may be a helpful summary for you –

Surely he took up our pain
and bore our suffering,
yet we considered him punished by God,
stricken by him, and afflicted.
But he was pierced for our transgressions,
he was crushed for our iniquities;
the punishment that brought us peace was on him,
and by his wounds we are healed.
We all, like sheep, have gone astray,
each of us has turned to our own way;
and the Lord has laid on him
the iniquity of us all.  Isaiah 53:4-6

Have a listen to All we like sheep from Handel’s Messiah – just because it is so beautiful!

This is very personal – all ‘we’ and ‘our’. This is about us. Not ‘you’. Not ‘them’. ‘Us’. Because we are all a part of this. We have all contributed in our own way to this series of events. As it says, we have each and every one of us turned to our own way.

And this is God’s chosen way. This is God’s way to open up a path for us back to Him. This is how we can be reconciled to Him.

How will you then respond?