I’d love to rush on to all the familiar excitement of the story of Joseph and his amazing technicolour dreamcoat, but first we must set the scene and journey through the less familiar territory of Genesis 32 to 36. 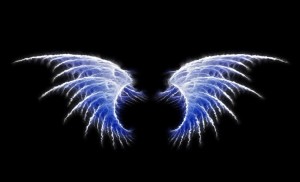 Jacob also went on his way and the angels of God met him. Genesis 32:1

Which seems amazing to me given his back story of deception – tricking his brother out of his birthright, receiving his father’s blessing in his brother’s place, manipulating Laban’s flocks and running off with Laban’s daughters and grandchildren without saying goodbye. Hardly Mr Popular, I would imagine. Why would God want anything to do with a man like this? Because He’s God. He doesn’t give up on anyone. He is always reaching out to connect with each one of us, regardless of how many times we turn the other way and ignore him.

And as for angels, I’ve never had any supernatural experience of angels, but I know people who have. Take Joan Flowers for example – the most down-to-earth, no-nonsense woman you could ever meet. She’s had two very clear moments in her life when she encountered an angel – one as a child when she was carrying a chicken (I think – doubting my memory now) down the street and had to pass a group of bullies and the other when she tripped at the top of the stairs with a wedding cake in her hands and the angel saved her and the cake! At her funeral, she had ‘I have a dream’ by Abba and the line ‘I believe in angels’ was particularly poignant to anyone who knew her story. I took Jordan and Nicola to see her and hear these stories firsthand – even as young children, they were a little sceptical. I suppose it depends on your picture of angels – I have one friend who describes me as her angel (and I am no angel, believe me) because I have been there at the right time and said the right thing at times when I couldn’t possibly have known that she needed someone…..she believes God sent me to her in those times, just as God sent his angels to meet Jacob on his journey. 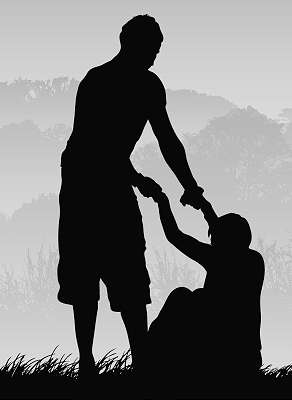 When Jacob passes through the land of his brother Esau, he sends for him and when he hears Esau is coming with four hundred men, he is scared – and what does he do? He calls out to God for help of course – it’s the natural human reaction.

I am unworthy of all the kindness and faithfulness you have shown your servant…. Genesis 32:10

Too right you are. we all are. However good we have been, ‘all have sinned and fall short of the glory of God’ (Romans 3:23) Fortunately there is good news for Jacob and for us – there is a second half to that sentence – ‘and are justified freely by his grace’. When we call out to God, he will answer – we do not have to deserve it.

Then there is the story of Jacob wrestling with God through the night, vividly portrayed as a physical battle with a man in  which his hip is wrenched from its socket – and salvation and blessing came in the morning, as it so often does…..we wrestle with anxieties and negative thoughts in the darkness and the sun coming up on a new day brings the light of new hope…..

So how does Esau receive Jacob, who has so badly wronged him over the years. He has every reason to be bitter and resentful, to hold a grudge and be looking to get his own back. It’s payback time!

But Esau ran to meet Jacob and embraced him; he threw his arms around his neck and kissed him. And they wept. Genesis 33:4

Leah’s daughter Dinah doesn’t get much of a mention but chapter 34 is devoted to her. Not a nice tale. Raped by a local who claims to have fallen in love with her. This man Shechem agrees to be circumcised along with all of his household to win Dinah (which was not necessary at all but part of a cruel payback plan by Dinah’s brothers!). Every male in the city was circumcised – ouch! How to weaken a city!

Three days later, while all of them were still in pain, two of Jacob’s sons….took their swords and attacked the unsuspecting city, killing every male. Genesis 34:25

Jacob was not impressed and fearful for the safety of his family. He turns back to God and moves on and gets rid of all the foreign gods and urges everyone to purify themselves. Sometimes we need a wake-up call to remind us of our priorities and to lay aside the distractions that have tied us down and stopped us moving forward on our journey….

And God reminds Jacob of his promise to him and changes his name to Israel. It’s funny, I was having a conversation the other day with a worker from Adoption Services about why we had never changed the children’s names when we adopted them. You are allowed to do that and many adopters do – maybe because they want to make a clean break with the past or maybe it makes the child feel more like their own if they name them themselves or maybe because they have always had a name in mind for their child……(and maybe some of this reasoning is why God changes the name of some of his people throughout the Bible). I couldn’t do it. The name you are given at birth is part of your identity – who am I to change that? We would not have chosen Courtney, Jordan and Nicola as names, but we did choose Courtney, Jordan and Nicola – and those are their names forever.

Back to our story – Rachel dies while giving birth to Benjamin and Jacob and Esau also have to bury their father Isaac.

These were the kings who reigned in Edom before any Israelite king reigned…. Genesis 36:31

God was not a fan of kings. Maybe because as we all know……. 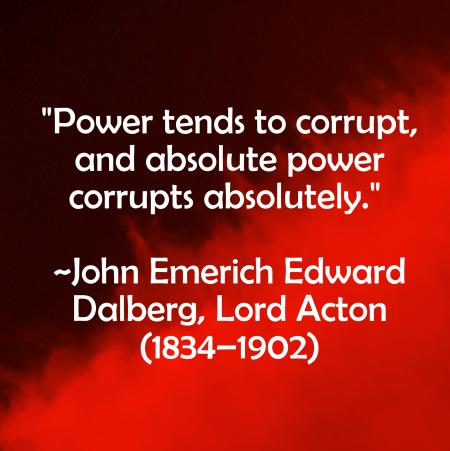