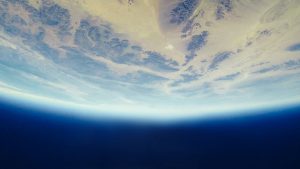 Throughout this month. we’ve been reflecting on the incredible new kingdom that Jesus talked about and on the claims he made about who he was.

OK, so prove it then.

It all sounds great but I needs some proof before I’m prepared to jump right in.

You can’t expect me to believe all this without some proof.

Show me a sign and then I’ll believe you.

If this Jesus is all he says he is, then he can surely find a way of convincing me beyond any doubt that he’s the real deal.

This is certainly what some of the people who were actually there were saying.

Expecting a sign was nothing new. Throughout the history of God’s relationship with His people, He’d sent signs to show them that He was serious, that yes, this was actually Him speaking. A sign was a reassurance that this message was really from God –

This will be a sign to you: You will find a baby wrapped in cloths and lying in a manger.  Luke 2:11

What Jesus did here in Cana of Galilee was the first of the signs through which he revealed his glory; and his disciples believed in him.  John 2:11

This was the second sign Jesus performed after coming from Judea to Galilee. John 4:54

And some people saw these signs that Jesus was more than a mere human and believed. And followed.

Now while he was in Jerusalem at the Passover Festival, many people saw the signs he was performing and believed in his name. John 2:23

Nicodemus came to Jesus at night and said, “Rabbi, we know that you are a teacher who has come from God. For no one could perform the signs you are doing if God were not with him.”  John 3:2

and a great crowd of people followed him because they saw the signs he had performed by healing the sick. John 6:2

After the people saw the sign Jesus performed, they began to say, “Surely this is the Prophet who is to come into the world.” John 6:14

Still, many in the crowd believed in him. They said, “When the Messiah comes, will he perform more signs than this man?”  John 7:31

Some of the Pharisees said, “This man is not from God, for he does not keep the Sabbath.” But others asked, “How can a sinner perform such signs?” So they were divided. John 9:16

Many people, because they had heard that he had performed this sign, went out to meet him. John 12:18

You get the picture. It’s a theme that runs through John’s Gospel.

But some were harder to convince. Some needed more proof.

Even after Jesus had performed so many signs in their presence, they still would not believe in him. John 12:37

However many signs Jesus had performed so far, they needed to see more.

So they asked him, “What sign then will you give that we may see it and believe you? What will you do? John 6:30

Come on, Jesus. Show us what you can do. Convince me.

Jesus is already travelling around healing the sick and transforming lives. The evidence is there for all to see. And yet they want more.

No wonder Jesus is exasperated!

Then some of the Pharisees and teachers of the law said to him, “Teacher, we want to see a sign from you.”

Jesus is predicting his own death and resurrection here. For some, that will be enough. They will be convinced. For others. that’s still not enough. Maybe no sign would ever be enough. 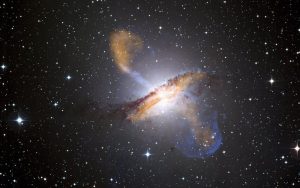 I’ve worked through these verses today with a strong sense that it is not our place to ask for a sign. There are signs that God is at work all around us all of the time. It’s simply our task to open our eyes to the glimpses of glory in our world. The signs are there. God’s not leaving us to fumble in the dark on our own. He’s sending signs, leaving us messages, showing us that He is with us.

We don’t have to demand a sign or make any kind of ultimatum.

God’s got it covered. He knows exactly what we need.

Let’s trust Him to show us what we need to see.