What kind of amazing trust is this?

In the sixth month of Elizabeth’s pregnancy, God sent the angel Gabriel to Nazareth, a town in Galilee, to a virgin pledged to be married to a man named Joseph, a descendant of David. The virgin’s name was Mary.  Luke 1:26-27

Directly following the account in Luke 1 of Zechariah the priest finding out that his wife was to have a special baby sent by God, we read about another such announcement. Same angel, same news, but a totally different situation. Zechariah and Elizabeth were old, whilst Mary was young, really young – it doesn’t tell us exactly how old, but to be a virgin, she must have been barely a teenager, as they married early in those days. Zechariah and Elizabeth had experience of life. They had built up a good reputation. They were good people. They were settled in their lifestyle. And Mary? Well, she was a young virgin pledged to be married to Joseph (a descendant of David – that’s relevant and significant for the Jews reading this account as we saw in ‘The Importance of  Knowing our Roots’). Zechariah served in the temple as a priest. He knew as much as there was to know about God and about how God had spoken to His people throughout history. If anyone could handle a visit from an angel, it would have been this man Zechariah.

And yet Zechariah doubted and questioned and was struck dumb until the birth of the child. However, this is what we read about Mary.

The angel went to her and said, ‘Greetings, you who are highly favoured! The Lord is with you.’

Mary was greatly troubled at his words and wondered what kind of greeting this might be. But the angel said to her, ‘Do not be afraid, Mary, you have found favour with God. You will conceive and give birth to a son, and you are to call him Jesus. He will be great and will be called the Son of the Most High. The Lord God will give him the throne of his father David, and he will reign over Jacob’s descendants for ever; his kingdom will never end.’

‘How will this be,’ Mary asked the angel, ‘since I am a virgin?’

The angel answered, ‘The Holy Spirit will come on you, and the power of the Most High will overshadow you. So the holy one to be born will be called the Son of God. Even Elizabeth your relative is going to have a child in her old age, and she who was said to be unable to conceive is in her sixth month. For no word from God will ever fail.’ 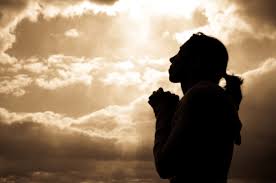 Mary’s scared. Of course she is. She doesn’t understand how this is possible. That’s natural. I love how she’s being told who this son will be and what he will achieve and all she can think about are the logistics of how a virgin can become pregnant! She’s hearing the words ‘The Holy Spirit will come upon you….’ but with no comprehension of what that can actually mean in practice.

This where Elizabeth comes in. It’s like she’s paving the way as a living example of what God can do, just as her son John will pave the way for Jesus when they are both grown men. Nothing is impossible with God. We say those words and struggle to believe them, but when faced with an example of it, a miracle right before your eyes, then it becomes clear that God can break through into everyday reality and do the most unbelievable things.

Think about it though. This must be the most massive ‘Why me?’ moment in the whole of history! 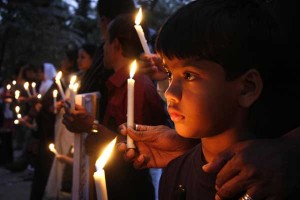 However, Mary’s response to this news is what makes her exceptional. Her trust in God is mind-blowing. Her obedience is an example to the likes of Zechariah. Sometimes it is the young and inexperienced and those lacking in knowledge who surprise us and reveal God to us and set an example for us all. Sometimes we look for God and spirituality in all the wrong places. We trust those with the age and experience and titles and qualifications and ignore what God is teaching us through unexpected people and situations. Look at this part of the Christmas story and never forget that God is the God of surprises. This is the most important role in the whole of history – being the mother to this incarnation of the one true God. What a massive responsibility! This young girl has no parenting experience, no security, no financial stability…and yet God chooses her. It seems like madness, doesn’t it? and yet God knows what He is doing. And that is where the trust comes in. Mary is able to trust that God knows what He is doing.

For me, these are the most incredible words of trust and obedience ever uttered. They get buried in the Nativity plays and Christmas readings, but deserve our attention.

Remember what Mary has just been told. This is no small thing. This is a big deal. She knows nothing of the details of how God will work it all out. She risks everything. And yet she believes that God will sort it, because He is God.

‘May your word to me be fulfilled.’

There’s a version of the Bible that has Mary saying ‘Let it be to me according to your word.’ Those are the words that have always stuck with me.

‘Let it be to me according to your word.’ Imagine living our lives with those words at the core of our being.

Whatever you say, goes.

That’s basically it, isn’t it? 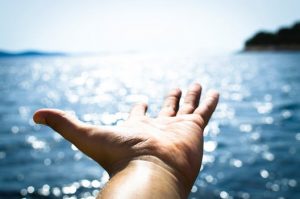 If we are to call ourselves servants of God, then this kind of attitude has to be embedded in our hearts.

Can you say with Mary ‘Let it be to me according to your word’?

That’s a tough question to answer, isn’t it? I suggest we start with the small things, the everyday things. I suggest we make a habit of living as a servant of God in the everyday. That’s how trust develops, little by little, so that when the big stuff arrives, we’re in the habit of responding in trust and obedience.

And so I keep these words of Mary in mind every single day of the year. Mary’s story and example are not just for Christmas.

God knows what He’s doing, even when we have no idea what is going on.

Our whole journey to this point through the Old Testament has been based on trust and obedience. Nothing has changed.

Trust and obedience are the basis of any relationship with the one true God.

And Mary is the most incredible example of this.